Former CIA Graham Fuller : “Everybody Betraying Everybody in Syria”

“I believe that President Trump is justified in pulling out US forces from Syria as part of an ongoing process of bringing a gradual end to Washington’s endless wars. This war no longer served any real purpose except to destabilize Syria, perpetuate its brutal civil conflict and provide an excuse to keep US troops on the ground and strengthen Iranian and Russian involvement in the struggle. Its refugees have helped destabilize EU politics. In terms of Trump’s so-called ‘gift to Putin,’ the Russians have had a dominant foothold in Syria for many decades. So there’s not much new here.” 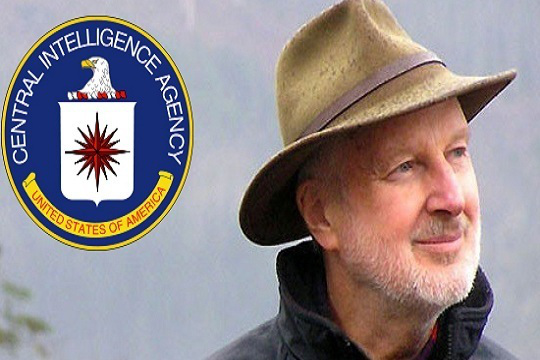 Graham E. Fuller (born November 28, 1937) is an American author and political analyst, specializing in Islamist extremism. Formerly vice-chair of the National Intelligence Council, he also served as Station Chief in Kabul for the CIA. A “think piece” that Fuller wrote for the CIA was identified as instrumental in leading to the Iran–Contra affair. His recent analysis regarding Syria is certainly worth reading. Follow us on Twitter: @INTEL_TODAY

RELATED POST: THE FULLER MEMORANDUM – May 1985. Why it still matters today

In his recent piece, Fuller asks a simple question: Just what have we witnessed in the recent events in Syria? The core of his answer reads:

It’s hard to know, given the avalanche of superficial and over-the-top headlines in most US media: betrayal of the Kurds, handing Syria over to Russia, caving to Turkey’s Erdogan, bestowing a gift upon Iran, allowing ISIS to once again run wild, end of US leadership. Yet the bottom line of the story is that after some eight years of civil conflict, the situation in Syria is basically reverting to the pre-conflict norm. The Syrian government is now close to re-establishing its sovereign control again over the entire country. Indeed, Syria’s sovereign control over its own country had been vigorously contested, in fact blocked, by many external interventions—mainly on the part of the US, Israel, Saudi Arabia, Turkey, and a few European hangers-on—all hoping to exploit the early uprising against the Asad regime and overthrow it. In favor of what was never clear.

Much of this picture has a long history. The US has been trying to covertly overthrow the Syrian regime off and on for some fifty years, periodically joined on occasion by Israel or Saudi Arabia or Iraq, orTurkey or the UK. Most people assumed that when the Arab Spring broke out in Syria in 2011 that civil uprisings there too would lead to the early overthrow of another authoritarian regime. But it did not. This was in part due to Asad’s brutal put-down of rebel forces, in part because of the strong support he received from Russia, Iran and Hizballah, and in part because large numbers of Syrian elites feared that whoever might take Asad’s place—most likely one or another Jihadi group—would be far worse, more radical and chaotic than Asad’s strict but stable  secular domestic rule.

Nonetheless over this entire time the US has been willing to support almost any motley array of forces, including even extremist jihadi forces linked with al-Qaeda, to try to overthrow Asad. Washington has never gotten over the fact that Syria for over half a century has never bowed to US or Israeli hegemony in the region, and has all along been a strong supporter of Syria’s secular—yes secular—Arab nationalism. The US has therefore shown great willingness to “fight to the last Syrian” if necessary to achieve its ends.

As Asad’s forces gradually regained control over the country, Washington resisted those efforts—even though large numbers of Syrians want to see an end to war and destruction. In the Middle East, after all, Asad’s Syria had been by no means the worst regime along side of Egypt, Saudi Arabia, Saddam’s Iraq, Iran and other states. If Washington disliked Asad before, it is even more angered that Asad appealed to Iran, Russia and Hizballah for support. Yet ironically, if the civil war, with its massive foreign support to the rebels, had not been so prolonged, Asad might not have needed Russian or Iranian support and presence. So we reap what we sow. And it is important to remember that Asad still represents the internationally recognized, legitimate, if often nasty and harsh, government of Syria.

The most vociferous voices in Washington for sticking by the Kurds in Syria come from several sources. First, from those who reflexively oppose any policy of Trump under any circumstances anywhere. Second, those interventionists who seek to maintain US armed presence in the region at almost all costs—and the untiring US global task in their eyes is never finished. Third, there are many who want to keep Israel strategically happy and empowered.

The interventionist crowd in Washington wants the US in Syria indefinitely as proof of our “credibility” to fight everybody’s war, and maintain American “leadership”—read hegemony—in the region. Sadly the prolonged war agenda would not seem to do anybody in the region any good, including the US.

Everybody Betraying Everybody in Syria — Graham Fuller Blog

Former CIA Graham Fuller: “Everybody Betraying Everybody in Syria”

This entry was posted in Syria and tagged Graham Fuller, Syria. Bookmark the permalink.