“There are also indications both agencies may have placed journalists under surveillance, thereby compromising their sources.”

CTIVD — Oversight Committee for the Intelligence and Security Services 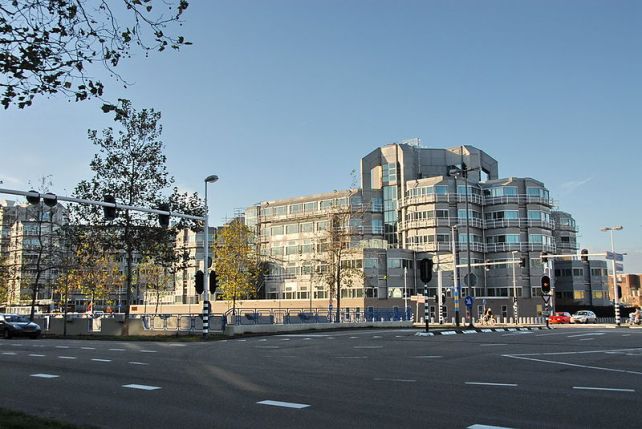 April 3 2017 — The Dutch Oversight Committee for the Intelligence and Security Services has concluded that both the AIVD and the MIVD have gone beyond the scope of their mandate in their surveillance of lawyers and journalists. Follow us on Twitter: @INTEL_TODAY

RELATED POST: Dutch Intelligence Services operated with the CIA behind the Iron Curtain

RELATED POST: Dr A. Q. Khan: The Bomb, the Swiss and the CIA

UPDATE (April 3 2019) — Last year, Dutch voters had to decide whether spy agencies should have the power to install bulk taps on Internet traffic.

They voted by a majority of 49.5% to 46.5% against the new legislation. The referendum was non-binding.

In January 2019, we learned that the Netherlands had tapped the phones of Mexican drugs baron ‘El Chapo’ for several months on behalf of the US, because Dutch privacy laws were not as strict as those in America or Canada.

The wire-tapping operation was enabled by an FBI informant who had set up a Blackberry network for El Chapo’s organisation.

The FBI server used to store all communications traffic made via the network was first placed in Canada but had to be moved because of tough privacy laws.

The Netherlands and the US continue to work closely together in crime investigations. Some 125 requests for help from US officials are currently open.

In the Netherlands, there is no institutional separation between domestic security and foreign intelligence as the two secret services combine both tasks.

The Netherlands has no separate signals intelligence agency, but in 2014, the Joint SIGINT Cyber Unit (JSCU) was created as a joint venture of AIVD and MIVD.

The CTIVD only investigates the case brought to its attention, for instance when they surface in the media.

LAWYERS — Between October 2015 and March 2016 the Dutch Secret services violated due process to gain information.

The AIVD allegedly violated lawyer-client privilege, eavesdropping on three conversations by what is called “incidental surveillance.”

In the Netherlands, lawyer-client privilege is not an absolute right.

However, according to the law, violating the lawyer-client privilege requires two conditions. The agency must obtain an explicit license by a special commission and the demand must be justified on the grounds of defending national security.Neither of the two applied in this specific case.

Moreover, the agency placed a lawyer under surveillance without investigating whether or not he/she was acting as a legal counsel while he was being hacked.

The Military intelligence service (MIVD) also violated attorney-client privilege, in a case that was not justified by a threat to national security.

JOURNALISTS — There are also indications that both agencies may have placed journalists under surveillance, thereby compromising their sources.

Apparently, this was also a case of “incidental surveillance,” in which a source was tapped while communicating with a journalist.

[NOTE: Under the current law, the journalists are not protected as the lawyers by specific legal provisions.The CTIVD would prefer both groups to enjoy the same high level of legal protection but both the Defense (MIVD) and Interior (AIVD) Ministers are known to be opposed to the idea. ]

The current [eavesdropping] law restricts bulk or untargeted collection to wireless communications only, so cable access is only allowed for targeted and individualized interception.

A new law — already approved by the 2nd Chamber [Lower House] — should be approved by the Senate in the near future. This new [eavesdropping] law will expand the powers of the Dutch Intelligence Agencies.