“Tell them Jesus Christ only had twelve, and one of them was a double agent.”

FBI Director J. Edgar Hoover — Upon learning that Philby was a spy for the Russians 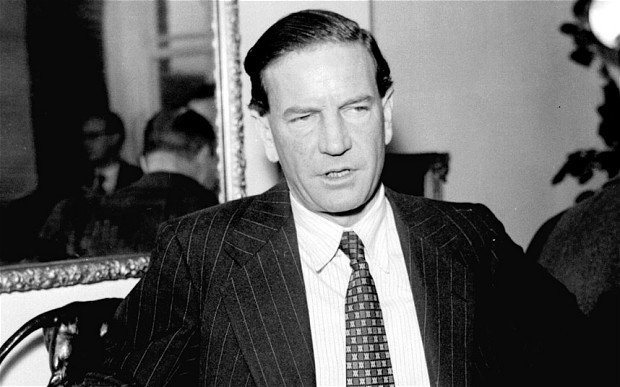 On January 23 1963, Kim Philby vanished from Beirut, failing to meet his wife for a dinner party at the home of Glencairn Balfour Paul, First Secretary at the British Embassy. On July  30 1963, Soviet officials announced that they had granted him political asylum in the USSR, along with Soviet citizenship. Follow us on Twitter: @INTEL_TODAY

RELATED POST: One Year Ago — Former Double Agent : “Self-destruction of humankind has been put back on the agenda”

RELATED POST: The search for the “Fifth Man” — Spooks and Chess Players

Harold Adrian Russell “Kim” Philby (January 1 1912 – May 11 1988) was a high-ranking member of British intelligence who worked as a double agent before defecting to the Soviet Union. He served as both an NKVD and KGB operative.

In 1963, Philby was revealed to be a member of the spy ring now known as the Cambridge Five, the other members of which were Donald Maclean, Guy Burgess, Anthony Blunt, and John Cairncross.

Of the five, Philby is believed to have been most successful in providing secret information to the Soviet Union.

The Spy Who Went Into The Cold (Documentary)

This entry was posted in Kim Philby and tagged Cambridge Five, Kim Philby. Bookmark the permalink.