“It was a long journey – personally and professionally. At some times, it felt like I had fallen down Alice’s rabbit hole, where white is black and black is white. Very disorienting. The idea of the memoir was quite selfish – to take stock of the whirlwind my husband and I had just been through and to finally use my voice.” 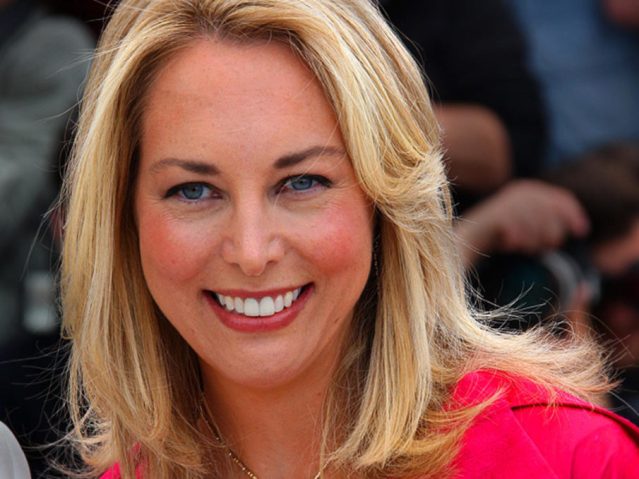 When Valerie Plame Wilson reported that her husband had found no evidence of the transaction, it marked the first event in the protracted and well-documented saga that led to the illegal release of Valerie Plame-Wilson’s classified identity by former State Department official Richard Armitage and the conviction of former Vice President Chief of Staff Scooter Libby. Follow us on Twitter: @INTEL_TODAY

On April 3, 1998, she married Joseph C. Wilson, who was then a U.S. ambassador. During the buildup to the war in Iraq, he was recruited to investigate claims of Iraq’s alleged purchase of yellowcake uranium from Niger.

As the subject of the 2003 Plame affair —  also known as the CIA leak scandal — Plame had her identity as covert officer of the CIA leaked to the press by members of the George W. Bush administration and subsequently made public.

Plame has written a memoir detailing her career and the events leading up to her resignation from the CIA. But that did not come easily, as a contractual obligation required that she submit a draft of the memoir to a CIA review board before it could be published.

It came back heavily expurgated, with many names and dates – including Plame-Wilsons exact dates of service – struck out with black lines that are still printed with each copy today.

When their attempt to appeal the decision was dismissed, Valerie Plame-Wilson hired national security reporter Laura Rozen to write an afterword, which provided context for the redactions.

The film, Fair Game, was released November 5, 2010, starring Naomi Watts and Sean Penn. It is based on two books, one written by Plame, and the other by her husband. The Washington Post described the movie as being “full of distortions – not to mention outright inventions”

Richard Welch’s murder contributed to passage of the Intelligence Identities Protection Act of 1982, making it illegal to reveal the name of an agent who has a covert relationship with an American intelligence organization.