“A drama is being played out in the unlikely setting of a Brussels parliamentary committee room that could have made the plot of a John Le Carré novel, perhaps coupled with Game of Thrones.”

Nick Kochan — Investigative writer and journalist based in London 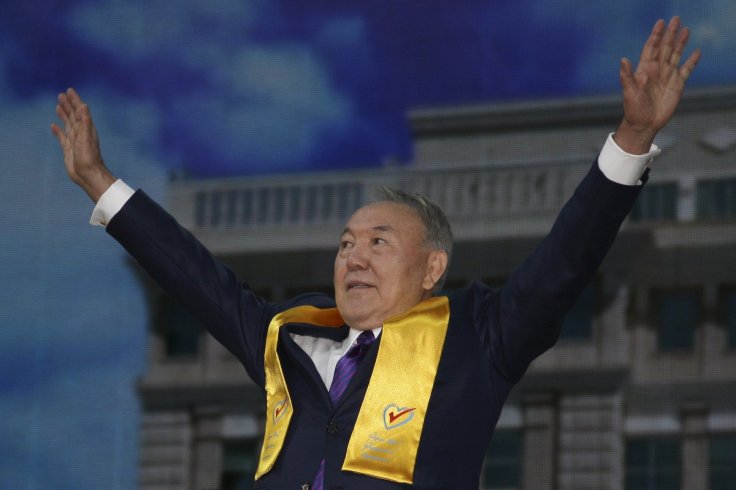 A Belgian parliamentary Commission is investigating how a Kazakh deal to buy helicopters from France was hijacked in 2010 by a group of Central Asian businessmen known as the “TRIO”. One of them — known for his link to the late KGB — is a close associate of US President Donald Trump. Follow us on Twitter: @INTEL_TODAY

UPDATE JUNE 17 2017 —   Armand De Decker, the former President of the Belgian Senate and a lawyer for Patokh Chodiev, has just resigned as  mayor of the Brussels municipality of Uccle. De Decker is at the heart of the Belgian chapter of the Kazakhgate scandal. Although it is unclear at this point what reason prompted his decision, it is rumoured that the scandal could be even bigger than currently understood. 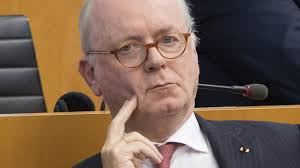 The complexity of governing in Belgium — which some critics have called the world’s wealthiest failed state — may create a welcoming environment for corruption. [NYT] But, even by Belgian standards, Kazakhgate is an extraordinary political scandal.

Firstly, some of the money would be secretly returned to France in order to finance to 2012 Presidential campaign and to grease some hands. And secondly, Sarkozy would undertake “indirect actions” in favor of certain “Kazakh” oligarch’s court cases, instigated in Belgium. 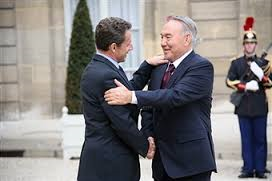 On June 20 2011, Sarkozy proudly announced — at the Le Bourget air show — that Kazakhstan would indeed buy 45 French-built helicopters.  The deal also included a few other French made hardware such as trains.

“According to the statements by Le Monde, a financial investigation is now being conducted into the commissions assumed for the 2010 contract on helicopter sales to Kazakhstan concluded during Sarkozy’s five-year term in office.”

“Under ante-dated commissions, one is to agree to pay out commissions higher than the ones demanded by the middleman when concluding the contract, so as to illegally bring about the reimbursement of surplus commission for sums exceeding their actual value to the subject having initially incurred them.”

Three good friends of Nazarbayev were prosecuted in Belgium for money laundering. Could Sarkozy make their legal problems “go away”?

Alexander Mashkevitch, Alijan Ibragimov and Patokh Chodiev – the first two are Kyrgyz, the last Uzbek — hold much of the country’s phenomenal mineral wealth on behalf of the president.

In the early 1990s, the Trio managed to corrupt a Belgian nuclear company called Tractebel. At the same time, they set up — money laundering — front companies for the Russian KGB.

Nevertheless, Chodiev and Ibragimov have obtained Belgian nationality despite the case against them and a negative police report linking them to Russian organised crime.

[Obviously, some documents have been forged as it is obvious that these individuals did not speak any of the Belgian official languages.]

In October 1991, Alexandre Machkevitch started a company — Seabeco Belgium — which was a front for the KGB financial operations.

His associated was Patokh Chodiev who is today at the center of an extraordinary political scandal — dubbed Kazakhgate — involving a dozen of high–profile politicians in France and Belgium as well as the Intelligence Services of these countries.

Belgian politicians and jurists were persuaded to change a law quickly, to enable the money laundering charges to be wiped away.

Belgium’s political chaos would assist the Trio’s release from the money laundering stigma.

An amendment to a law allowing those being investigated for money laundering and grand corruption to secretly pay a fine to escape a court case was decided by the majority and had slipped through the Parliament in a matter of two months, between February and March 2011 at record speed and mistakes were made in the drafting of the law.

“They moved very fast, they knew and used the right people to change a law and to have it enforced in record time.”

But before the Parliament had time to correct the law, the Trio had used it to ensure they received a settlement – in Belgium it is called “transaction pénale” – and the money laundering charges were cleared on payment of a €22.19m fine in June 2011 in secret.

The reform of the Belgian Code of Criminal Procedure was voted on April 14 2011.

On June 17 2011 Chodiev was the first beneficiary of the amendment, by entering into a transaction with the Public Prosecutors in Brussels.

Sarkozy announced the deal to sell the helicopters to Kazakhstan three days later. On June 27 2011, France and Kazakhstan signed the “Eurocopter” deal.

According to the investigation, some of the money from the helicopter deal found its way into the bank account of the former President of the Belgian Senate, Armand De Decker.

This Belgian insider was able to call on the Belgian Minister of Justice one Sunday morning to discuss the case. Services like this earned him a fee of €700,000 but it was paid without an invoice or any documentation.

De Decker, who is being investigated by the Belgian justice department, is a former Minister and the mayor of the Brussels municipality of Uccle.

PS: How did Sarkozy manage to recruit De Decker? What was the role of the French and Belgian intelligence agencies in this scandal? What role did the Knights of Malta play in this affair? Stay tuned…

RELATED POST: General Hayden on Jared Kushner: “We’re in a Really DARK PLACE as a Society.”

RELATED POST: Trump-Russia Investigation — Who is the White House Official identified as a “Person of Interest”?