“President Obama’s approach has bought Israeli more time than any military strike [on Iranian nuclear facilities] ever could.” 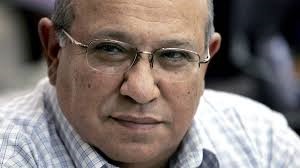 RELATED POST: Former Mossad chief: “Mike Flynn was very experienced. Maybe, he has been thrown under the bus.”

RELATED POST: MOSSAD — Test your ‘SPY’ knowledge with our quiz!

UPDATE — In a rare interview (Video added below), the ex-chief of Mossad Meir Dagan spoke out against a preemptive strike against Iranian nuclear facilities. Meir Dagan believed that an attack on Iran would be the Stupidest Idea he has ever heard of. END of UPDATE

As Mossad Director-General , Dagan was responsible for intelligence, counter-intelligence, and counter-terrorism activities outside of Israel and the Palestinian Territories.

Dagan was praised for his aggressive tactics in assassinating terrorist leaders, most famously Imad Mughniyeh.

“According to Mossad veteran Gad Shimron, “Israel is in the paradoxical situation of not having a death penalty but allowing itself to target Arab terrorists outside its borders with almost complete impunity. Meir Dagan fully subscribes to this thinking, unlike some of his predecessors”.

“By November 2004, at least four foreign terrorists had already been killed in suspected Mossad operations, and three major terrorist attacks planned against Israeli civilians abroad had been foiled.” [WIKIPEDIA]

As the NYT writes: Many suspected his hand in the killing of Iranian scientists, who would be driving to work in Tehran only to have a motorcyclist pull up and attach a “sticky bomb” to their cars before speeding off. 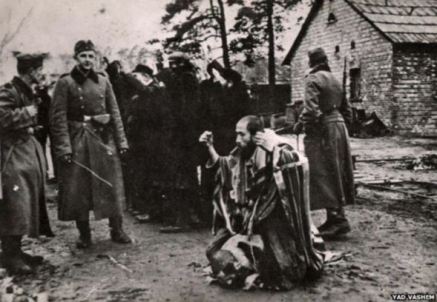 Photograph of Meir Dagan’s grandfather right before being murdered by Nazis. The photo hung in Dagan’s office as a constant reminder…

In June 2010, a report from Channel 2 stated that Netanyahu had denied a request by Dagan for another year as Mossad director, though this was quickly denied by the Prime Minister’s Office. In November 2010, Tamir Pardo was announced as his replacement.

“Following his departure, Dagan made several controversial public statements concerning the prudence of an Israeli military attack on Iran’s nuclear facilities, openly contradicting the positions of Prime Minister Netanyahu. He called it a ‘stupid idea’ in a May 2011 conference.

After Dagan voiced criticism of the prime minister, he was asked to return his diplomatic passport before its expiry date.”

Dagan repeated the opinion in a March 2012 interview with Lesley Stahl of CBS News’ 60 Minutes, calling an Israeli attack on Iran before other options were exhausted “the stupidest idea” and saying he considered the Iranians “a very rational regime.”

Jew of the Week: Meir Dagan